When asking experts just a few short months ago if hashtags should be used on Facebook,  it appeared to be a question that really divided opinion.  Although some social media experts would suggest that using hashtags was of no use on Facebook, there were others that suggested that when used sparingly – just 1 to 3 per post – with complete relevance to the post, hashtags on Facebook may increase reach a little and their inclusion certainly wouldn’t do any harm.

Fast forward to today and it appears that things may be changing.

Whilst hashtags have been a thing on Facebook since 2013, their use on the platform has never really taken off in the same way as on Twitter and Instagram.  But as Facebook and Instagram are becoming ever more entwined, the way we are being encouraged to use them are becoming more and more similar.

So what is changing?

When posting on Facebook recently, you may have seen a message from Facebook telling you to add hashtags to your post to increase the reach.  So they are literally now telling us to use them!  A little digging has shown that Facebook are creating a unique page for each hashtag now, so when you search in the search bar for a specific hashtag, you will see a page of posts which have used that hashtag – very similar to Instagram

Hashtags are known to help people relate to one another, identify connections, and when used wisely, they should certainly not be a hindrance, meaning there is little to lose by their use.  With a planned objective behind the use of a hashtag – such as connecting with like minded people, building your brands reach and recognition, connecting participants of an event or promoting a special day, or wanting to involve others in conversation – a well thought out or researched hashtag could be of use.  And as Facebook creates a unique URL for each hashtag,  it is super easy to share and encourage people to join in the conversation.

But how many hashtags should we include?

At the moment it appears that the recommended number of hashtags per post should be between 5 and 10 or 15.  Make sure that you use ones that are relevant to your business and post only.  One of the easiest ways to annoy people is by using ‘trending’ hashtags that are completely irrelevant to your post – it screams of desperation and confetti throwing marketing, and is really annoying to those following the tag.

As with so many things with social media – try it!  Research hashtags to find relevant ones to use on your posts, experiment, and check your pages insights to see if you can measure the effectiveness in reach and engagement.  Maybe go back and add hashtags to old posts to see if they gain a new lease of life and are seen again by new eyes.

LET ME HELP YOU GROW YOUR HANDMADE BUSINESS 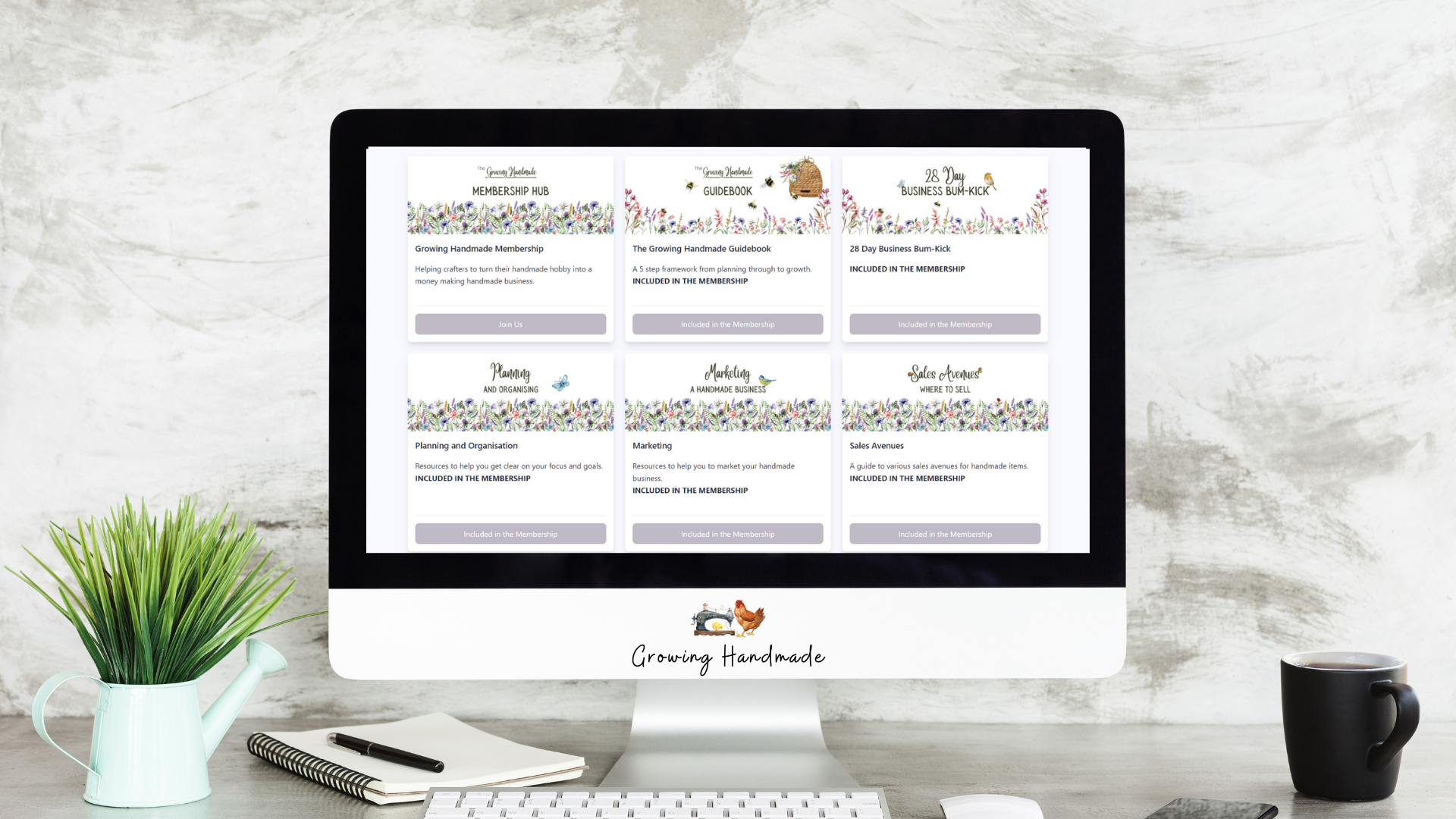 If you want help and support to grow your handmade business, then the club is exactly what you need.

Covering everything from what to sell and pricing, through to branding and marketing, there are resources to suit your needs and so much more.

As a handmade business owner, do you currently have a sales funnel in place?...

Hey beautiful, Be your best brand ambassador?  What exactly does this mean?...

What is a call to action (CTA)? Hey hey handmade business friends, I thought I...

What are online market nights and what do you have to do as a seller? Having...

I expect that the majority of those reading this have heard the saying “Do...

When you use Facebook as part of your social media marketing strategy, you can...